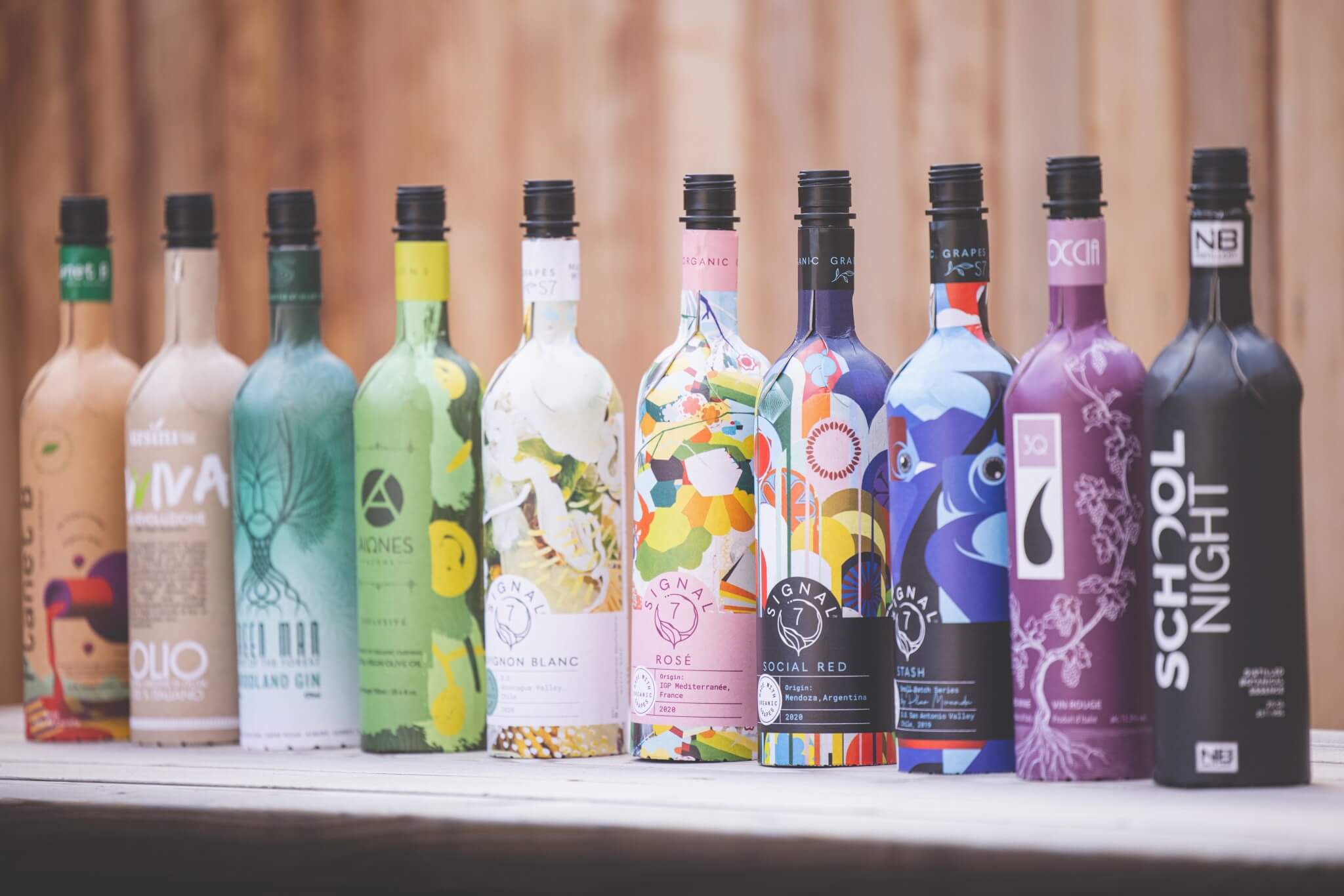 Meet the company looking to save the planet one bottle at a time by cutting the carbon footprint of wine bottles by 84%.

British sustainable packaging company Frugalpac has seen recent demand soar for its Frugal Bottle – the world’s first and only commercially available paper bottle for wines, spirits and olive oils because of the rising cost of glass bottles and supply issues,

With yearly gas bills for one UK glass manufacturer rising from £40m to £100m and an international shortage of glass bottles due to supply issues caused by a global shipping container shortage, Frugalpac has seen enquiries to order Frugal Bottles rise from 90m to over 100m in just a few weeks.

That’s because the Frugal Bottle is made from 94% recycled paperboard with a food grade pouch to hold the liquid, five times lighter than glass and crucially uses six times less carbon and energy to produce and dispose.

Since launching in June 2020 with a red wine called 3Q from Cantina Goccia, Frugalpac has seen strong sales and interest from drinks producers around the world.

The Cantina Goccia 3Q bottle sold-out twice, with one wine chain, Woodwinters in Scotland, selling its whole stock in just one day.

The feedback from industry and consumers continued to be so overwhelmingly positive it prompted Cantina Goccia to release two further wines in the Frugal Bottle – a white wine Celi and a rose called Rosa. Both will launch in early 2022. It also convinced them to move 80% of their wine production into the paper bottle

Frugal Bottles are now also used by for The English Vine, the US’ Signal 7 and Spain’s Planet B for wines NB Distillery and Silent Pool for gin, and Evviva and AONES for olive oil.

Future releases in the Frugal Bottle will include a Russian vodka, a honey soap and a range of red, white and rose wines from the UK’s leading provider of wine in alternative packaging, When In Rome.

As well as enquiries to make 100m Frugal Bottles, Frugalpac also has strong enquiries from 55 other international brand, contract packing and packaging companies to buy Frugal Bottle Assembly Machines in the next few months and is calling on other firms to help them meet the ‘paper bottle revolution’ by investing in their own Frugal Bottle machines.

Frugalpac Chief Executive Malcolm Waugh said: “Increased interest in our paper Frugal Bottle over the last few weeks has been incredible. I’m spending most of my days clearing my inbox and hosting video meetings with potential customers around the world.

“It seems the rising cost of gas and the global supply issues for glass bottles has further focussed drinks producers’ minds to consider more sustainable alternatives.

“We’re definitely seeing a paper bottle revolution and it’s convinced us to open up a new Frugal Bottle factory in Ipswich to meet this global demand. But as well as producing the bottles here in the UK we have more than 55 registrations of interest to buy our Frugal Bottle Assembly Machines.

“Our aim is to place our machines at the heart of bottling plants, co-packers or packaging companies around the world so we can reduce the carbon footprint of our sustainable packaging even further and have Frugal Bottle hubs around the world.”

Cantina Goccia’s Ceri Parke, said: “We were proud to make history by launching the Frugal Bottle with our award winning 3Q wine last year. The feedback from industry and consumers was overwhelmingly positive.

“It convinced us to commit fully to the Frugal Bottle and move 80% of our wine production into the paper bottle. Wine in paper bottles is going to be a huge market in the next few years so it just made perfect business sense to make the switch now.”

Neil Walker, founder of The English Vine, who are based in Essex, said: “We never anticipated the demand for paper bottles when we first released our own English wine in a Frugal Bottle. We produced 1,000 to test and we’ve been overwhelmed by the demand.”

When in Rome’s CEO Rob Mallin said: “As the UK’s first premium box wine brand, and the first UK wine brand to disclose the climate footprint of its products, When in Rome has both carbon saving and alternative packaging in its DNA. Partnering with Frugalpac was therefore a total no-brainer.

“The Frugal Bottle combines all the eco advantages of our bag-in-box format with the obvious advantage that it has the same shape, capacity and price point of other premium brands still being sold in single use glass bottles.

“With an ever growing choice of eco-friendly packaging formats for wine, of which the Frugal Bottle is the most exciting, it’s increasingly inexcusable that over 95% of wine in the UK is sold in single use glass bottles at a huge cost in excess Co2 emissions.”