Cheers! Two thirds of wine drinkers would buy wine in a paper bottle as Frugalpac ramps up production to meet global demand 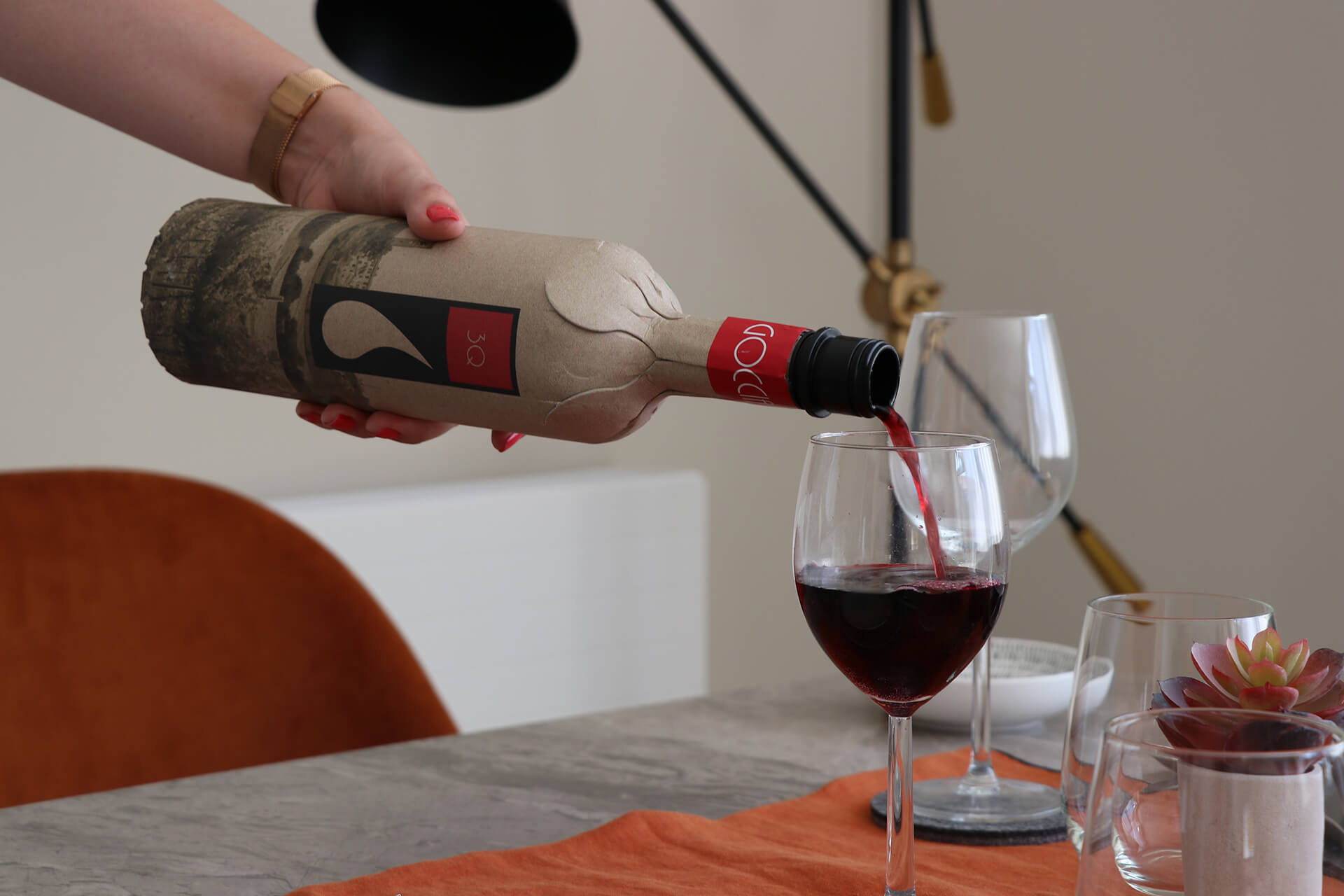 Nearly two thirds of wine drinkers in the UK said they would buy wine in the world’s first paper bottle, according to a survey. And gin and whisky lovers will soon be enjoying their tipple in paper too as the British manufacturer ramps up production to meet global demand and launch the first spirit in a paper bottle.

The survey by Survation of 1,741 wine drinkers across the UK found 63% would buy a Frugal Bottle, made from 94% recycled paperboard with a food-grade pouch to hold the wine or spirit. Only 14% said they would not.

Frugalpac has also received orders from around the world to make Frugal Bottles for sake and spirits in Japan, whisky in the US and wine in Spain, Australia, Italy, and France.

Since launching in June, the first wine by Cantina Goccia in a Frugal Bottle has proved to be so popular it completely sold out its run of bottles twice, with one wine chain Woodwinters in Scotland selling its whole stock in in just one day. The 3Q red wine in a

paper bottle proved so popular that Cantina Goccia now intend to make paper bottles a permanent fixture and will release a white and rose wine in Frugal Bottles too.

Frugalpac was recently praised by the UK Government’s Department for International Trade’s GREAT Britain campaign as one of the UK organisations “doing incredible things to help build a global sustainable future” in the run up to next year’s COP26 climate change conference in Glasgow.

The Survation survey also found Welsh wine lovers were more likely to buy a paper bottle with (70%) with drinkers in Northern Ireland second with 69% and Scotland with 66% and England (61%).

In England, Londoners were most likely to buy a Frugal Bottle with 66%, followed by drinkers in the Midlands and the North (both 63%) and those in the South on 59%.

Scotland became the first country to stock the first wine to go in a Frugal Bottle, from the award-winning Italian vineyard Cantina Goccia – 3Q, a lightly wooded Sangiovese red with a hint of Merlot and Cabernet Sauvignon.

The Woodwinters shops selling the Frugal Bottle sold out all their stock in one day. It’s also proved to be so popular online and with trade in the UK, Finland, Denmark, and Sweden, that Cantina Goccia had to fill more bottles to meet demand.

As part of its expansion to meet increasing global demand, Frugal Bottles are now being produced at a new manufacturing facility in Wickham Market near Ipswich owned by Group Roland.

Frugalpac has also partnered with Surrey’s Silent Pool Distillers to meet orders to fill Frugal Bottles for a growing list of international wine and spirits orders. A dedicated filling line has been installed at their distillery in Albury and this partnership will also see Silent Pool release the world’s first gin in a paper bottle early next year.

An independent Life Cycle Analysis by Intertek found the Frugal Bottle, which is made from recycled paperboardwith no chemicals, has a carbon footprint up to six times (84%) lower than a glass bottle and more than a third less than a bottle made from 100% recycled plastic. The Frugal Bottle’s water footprint is also at least four times lower than glass.

It’s also easy to recycle again as you simply separate the plastic food-grade pouch from the paper bottle and put them in your respective recycling bins.

“Our Frugal Bottle seems to have really captured the imagination of drinks brands and customers. It’s clear from the survey, people want to drink more sustainably, and paper bottles are here to stay. Wine experts used to say people would turn their noses up at screwcaps. But they’ve become the norm and we believe the paper bottle will prove to be just as popular.

“Since launching, we’ve been inundated with enquiries from around the world and we’re now making sake bottles for the Japanese, whisky bottles for the US and wine bottles for Italy, France and Spain. There’s a huge global demand for bottles made from recycled paperboard and with the lowest carbon footprint.

“We’ve never seen such a demand and enthusiasm for a wine innovation. It’s proved to be so popular that we’re now looking to release a white and rose wine in the Frugal Bottles too. We’re proud to have made history with the most sustainable wine bottle in the world.

“The benefits are compelling for us as it’s much lighter than glass, easier to transport and better for the planet. What’s more, our wine still tastes as wonderful in a paper bottle as it does in glass.

“We believe that eventually four fifths of all wine consumed will be in bottles made from paper. Paper bottles will be a complete game changer for the drinks industry.”

“As a distillery based in the ancient forests of the Surrey Hills, we know how important it is to conserve nature’s resources. So, we’re very proud to be helping Frugalpac bring their Frugal Bottle made from recycled paper to a much wider audience. We’re also very excited to be producing the first ever spirit in a paper bottle in the next few months with one of our gins.”

“We’re really pleased to welcome Frugalpac to our site and look forward to this collaboration enabling the brand to reach its potential worldwide. This innovative product is a perfect fit for our company as we are striving to make injection moulding sustainable, and to work alongside businesses who take an innovative approach to the use of recyclable materials at every stage of design.”

The latest batch of Cantina Goccia 3Q Frugal Bottle is still available for £12.50 at Woodwinters stores in:

Alternatively, it can be bought online at https://woodwinters.com/product/cantina-goccia-3q-frugalpac-2017/