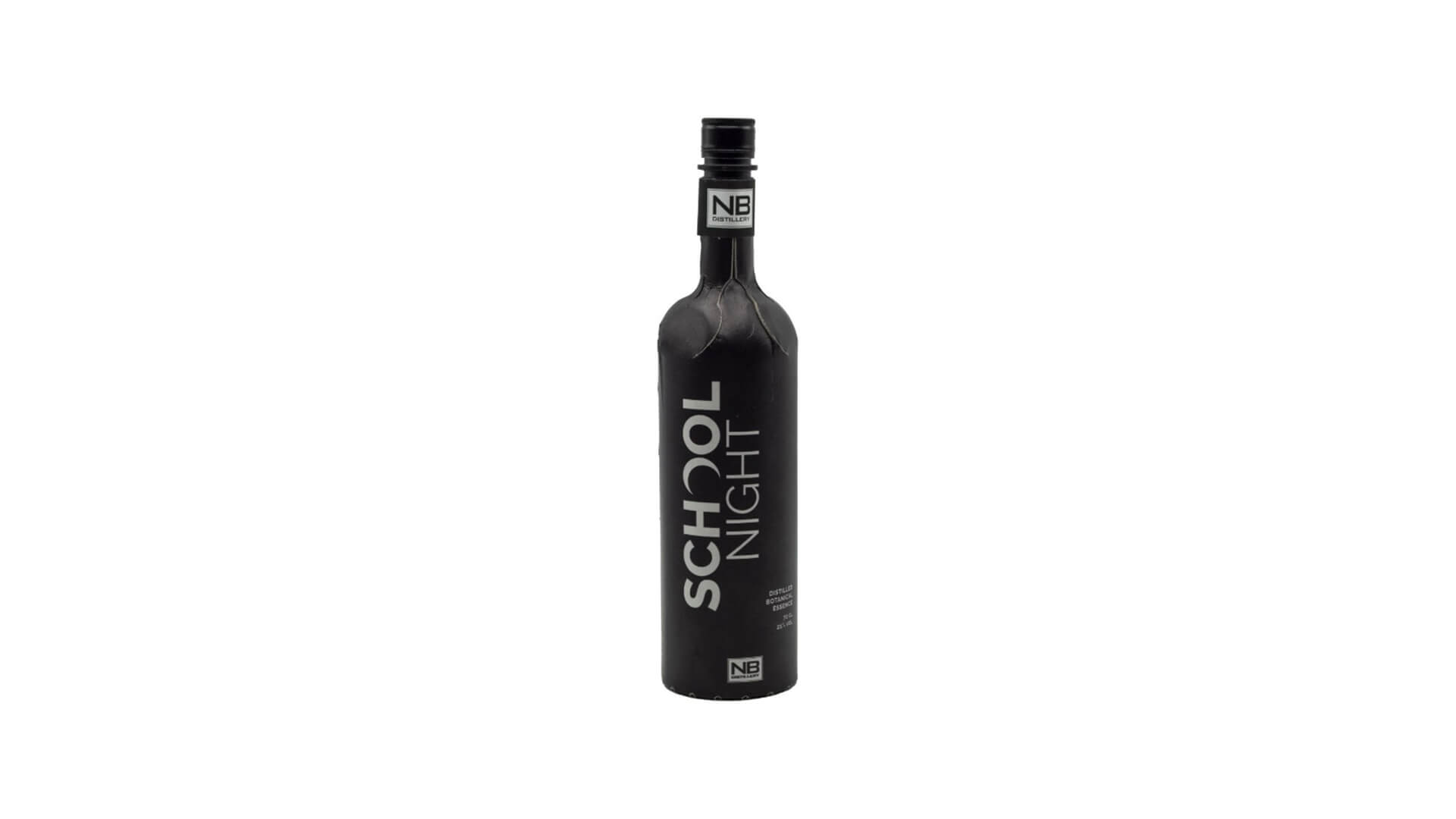 Scottish spirits producer NB Distillery has become one of the first distillers in the world to produce a botanical spirit in a paper bottle. School Night is the world’s first low alcohol and low carbon gin.

The Botanical Spirit is housed in Frugalpac’s Frugal Bottle – a paper bottle with a food grade pouch. The bottle is made from 94% recycled paperboard, is five times lighter than a glass bottle with a carbon footprint up to six times lower.

With the ever-expanding collection of non-alcoholic and low-alcohol spirits entering the market, NB Distillery wanted to turn it up a notch! Their collection of award-winning spirits has now expanded to include ‘School Night’, one of the first spirits to be housed in a paper bottle.

After starting as a small venture in Viv and Steve Muir’s kitchen with a pressure cooker and old central heating pipes, NB Distillery is now a custom built, sustainable distillery in North Berwick, Scotland.

With solar panels on their roof providing a sustainable power source, a rainwater collection system to use in their condensers and a refill scheme, their newest addition ‘School Night’ was the perfect opportunity to introduce the fully recyclable Frugal Bottle.

Made from 94% recycled paperboard, ‘School Night’ is a sustainable alternative to glass bottles.

This low alcohol-based spirit is just 21% ABV that tastes every bit as delicious as their award-winning World’s Best London Dry Gin, but with 50% less alcohol.

With it aptly named, ‘School Night’, this is the perfect spirit to reach for when you want to enjoy a tipple, and the smooth flavour of NB Distillery’s London Dry Gin in the evening, without using half measures.

NB Distillery’s co-owner Vivienne Muir said: “With so many non-alcoholic spirits being created, we wanted to turn it up a notch so we created ‘School Night’ – a low alcohol based spirit at 21% abv. It tastes every bit as delicious as our award-winning world’s best London dry gin but 50% less alcohol.

“But just as important as being low alcohol, School Night is low carbon. The Frugal Bottle we use has a carbon footprint six times lower than a glass bottle.

“That’s important to us as we are a sustainable distillery. We have solar panels on our roof, we collect rainwater to use in our condensers and operate a refill scheme but we wanted to go beyond this to make our bottles sustainable too.

“That’s why we chose the Frugal Bottle. Not only is it using 94% recycled paperboard which means 84% less carbon than a normal glass bottle, but its branding possibilities make it very desirable. It is the perfect bottle for School Night. You’ll definitely get an A* from Mother Nature if you buy one!”

“We’re delighted that NB Distillery has launched the world’s first low alcohol and low carbon botanical spirit with our Frugal Bottle. Scotland has proved to be a real pioneer for sustainability in drinks packaging and the Scottish public seem to have found it very appealing.

“When we launched the first wine by Cantina Goccia in a Frugal Bottle in Scotland last year, it proved to be so popular it completely sold out its run of bottles twice, with the Woodwinters wine chain in Scotland selling its whole stock in all its shops in just one day.

“It was so successful Cantina Goccia now intend to make paper bottles a permanent fixture and will release a white and rose wine in Frugal Bottles too and release 50% of its wine in the paper bottles.

“Frugalpac has received enquiries from around the world to make 70 million Frugal Bottles, including sake and wine bottles for Japan. And we’re thrilled NB Distillery has joined the paper bottle revolution!”

Frugalpac was recently praised by the UK Government’s Department for International Trade’s GREAT Britain campaign as one of the UK organisations “doing incredible things to help build a global sustainable future” in the run up to this year’s COP26 climate change conference in Glasgow.

It has signed up to the UNFCC’s Race to Zero pledge and is a member of the Porto Protocol, the wine industry’s initiative to provide a binding commitment to make a greater contribution to mitigate climate change.

School Night will be going out into the world from the 31st of May.

Visit www.nbdistillery.com and pre-order your Frugal Bottle of School Night for £25 per bottle or £45 for two.

As the spirit provider for Queen Elizabeth’s 90th Birthday, trying NB Distillery’s new release is one to add to your homework diary.